If there’s one thing that I don’t like doing, it’s driving in the snow and on icy roads. Whether it’s overconfident drivers or inexperienced drivers, winter driving can be hazardous. There have been multiple crashes with people either driving too fast for conditions or sliding on ice you can’t see, on roads or highways that look clear.

In the event that you need to drive in similar road conditions, we’ve compiled this guide to driving safely in winter weather.

Guide to Safe Driving in Winter

If your rear wheels skid in snow…

If your front wheels skid in snow…

If you get stuck in snow… 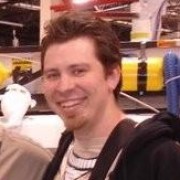 I am a co-founder of ProTrainings, and have been a part of the creation, filming and editing of our training courses since we started.

This site uses Akismet to reduce spam. Learn how your comment data is processed.